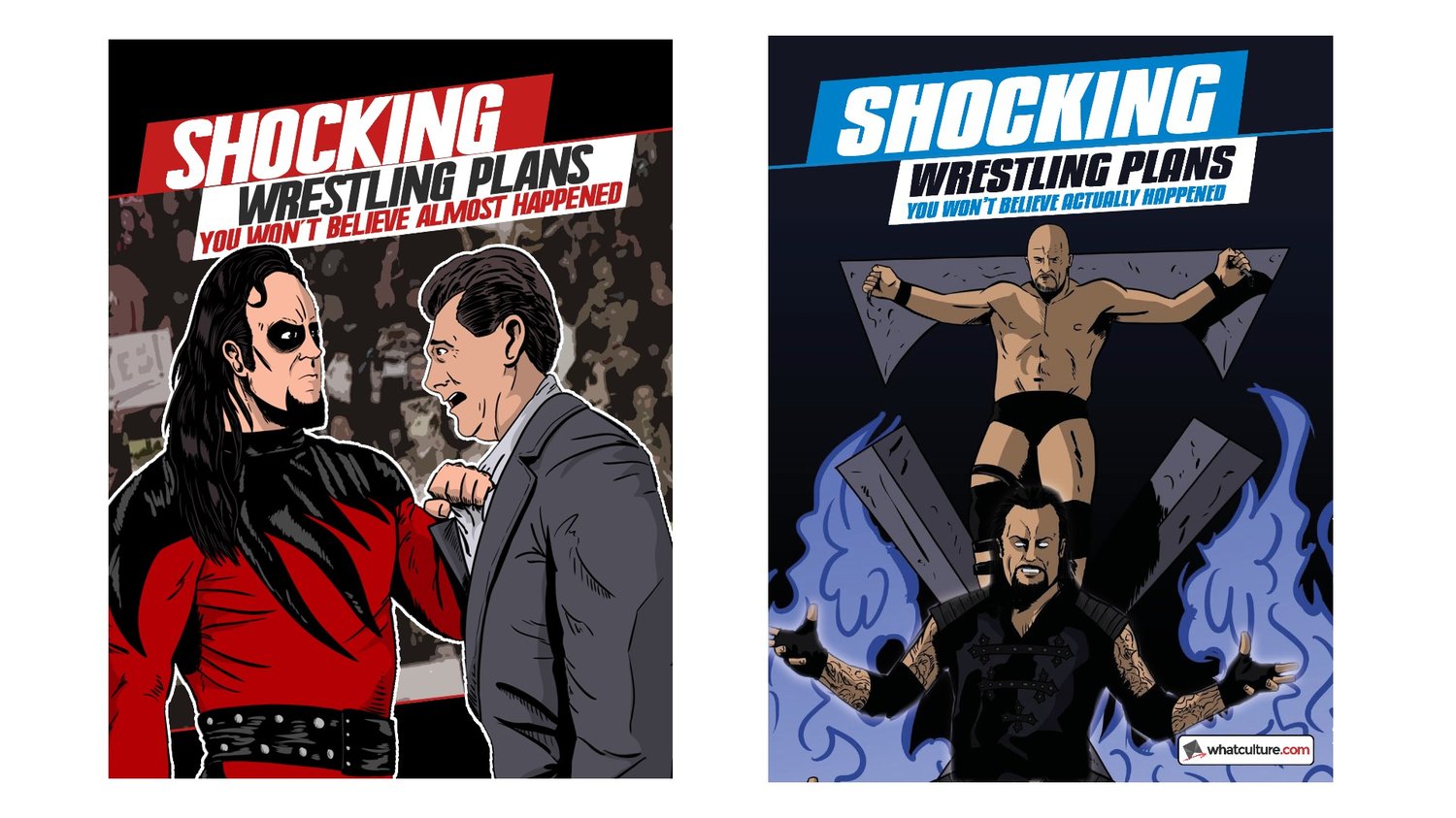 Featuring a foreword by wrestling legend Jim Cornette, and exclusive stories from former WWE writers, including Vince Russo. What if Undertaker had hatched out of a giant egg? What if Daniel Bryan hadn't got his WrestleMania XXX push? What if 'Stone Cold' Steve Austin had been named Chilly McFreeze? All of this nearly happened. What about those plans that never got off the drawing board? How different could the landscape of modern professional wrestling be had some of these shocking plans actually made it onto our screens? WhatCulture.com takes a journey behind the scenes to explore a host of what ifs, what might have beens, and what almost was. We look at proposed matches that never were, characters that could have been very different, booking plans that were changed at the last minute, promotional jumps that nearly happened, and backstage shenanigans that would have changed the business. We take you on a journey into a world of Shocking Wrestling Plans You Won't Believe Almost Happened!

Pro wrestling is an industry unlike almost any other, with theatrical conflict the primary motivation for feats of incredible physical pursuit in front of rapturous live crowds and enchanted television audiences. It’s also a place where real men shoot fake laser beams from their eyes, regularly douse their rivals in faeces, and advertise their genitals on t-shirts. The toxic combination of a business model with limited morals and a creative stage with limitless potential, wrestling has plunged beyond the realms of virtually every Sports or Entertainment vehicle to deliver the unbelievable, unthinkable and – at times – unwatchable. Far from just ideas contributed in jest or marked as ‘maybe’, these are the Shocking Plans You Won’t Believe ACTUALLY Happened!